What better way to meet up with long time friends than gathering up over food to binge on and stories to share. Last Friday night, I met up with Jeng and She at The Butcher Shop and Pub in Bonifacio Global City. I first heard about the place from Karla Aguas’ blog.

The last time I saw Jeng, we bumped into each other at the mall and it was literally just a -hi-hug-bye kind of scene. But the last time we got to round up our previous life events was when we had our barkada Christmas party.

I had to travel from Valenzuela to Taguig just for my friends who are currently renting in Taguig and Makati, respectively; from the north of Manila to more than halfway of the metropolis. (Yes guys, Valenzuela is not a province even if it is just beside Bulacan.)

She and I decided to see each other at the Ayala-MRT station or Glorietta because it’s where the bus to BGC was. Jeng was still in her Globe office so we were to wait for her somewhere around the area. It was our first time to commute through that shuttle and we got lost!

Jeng instructed us to look for a 7Eleven store beside a Security Bank branch and that was where we were supposed alight from the bus. Imagine our faces when we didn’t see any Security bank and noticed that we were on our way back to where we got on.

Jeng called in disbelief and said that we just get a cab and she’ll just pay for our fare. Very angat sa buhay, diba? Hahaha! And then we did and finally saw her at one of the Starbucks because there are just too many!!!! LOL it was on 32nd street. Jeng introduced us to her college friend Camille who had dinner with us as well. After that, we walked en route for the restaurant and got to our seats.

Jeng and Camille choosing what rubs and sauces to get.

The pork bellies we got didn’t take that long to arrive but Jeng asked if we can get these ahead of the meat.

Loaded Kamote Chips (Php120). Something they are getting good reviews from. She liked it crunchy, I liked it soggy and with lots of dressing and cheese!

The Butcher Shop and Pub has this “Make Your Own Steak” concept which we willingly tried. You pick your preferred meat: chicken leg quarters, pork belly, or tuna steak. Google says you can also choose beef tenderloin, sirloin, skirt, rib-eye, and short ribs which I didn’t see in the menu.

And then you choose what dry rub, brush-on, and sides you like. 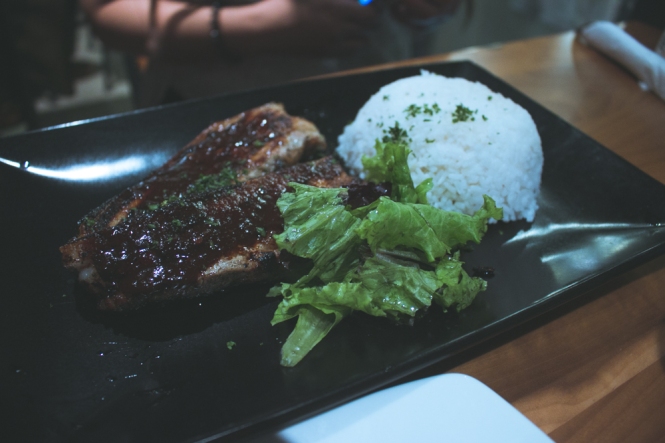 Camille’s. I don’t know what she chose aside from the very obvious side rice.

Jeng’s. I don’t know what rub but the brush-on is Yakitori because I remember how sweet it tasted when she let me try it. And then plain mashed potato.

Mine. Garlic-Fennel Cajun according to She rub, mustard-pepper brush-on, plain mashed potato. I like mine sour, garlic-y, and spicy. (It wasn’t spicy, btw LOL) 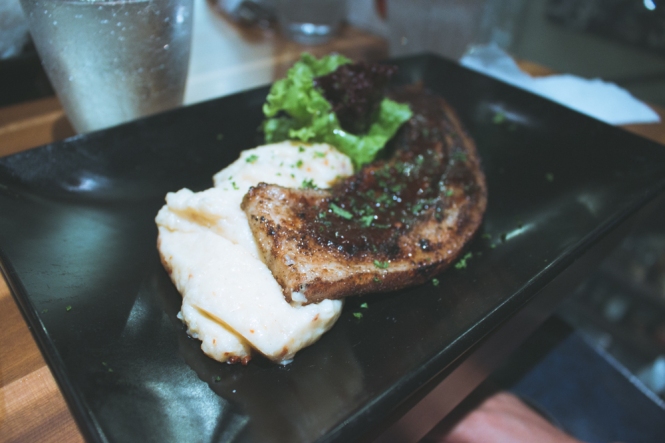 She’s bourbon brush-on, plain mashed potato which she likes so much because she said it tasted really natural unlike fast food powder-based ones, and then I forgot the rub. I suck at being a “food blogger,” don’t you agree? Hahahaha! I really did forget the rub. her rub was Cajun!! She said Cajun was mine!!

Well actually, I didn’t really hear them much when they ordered because it was kind of noisy. Nevertheless, Jeng’s order tasted the best for me.

We stayed there for a while talking about many things like #bigboobiesproblems, strategic cropping in photos so as to look thinner (SO MUCH LELZ), to name two.

The place was nice and cozy albeit that pub setup. It was a plus as well that the staff was accommodating even joking with us and being patient with the time that took us to choose. I think it would have been nicer in the morning because of the natural light that could enter the ceiling-to-floor glass windows. Also, because I wasn’t able to take top view photos due to the fluorescent we had above our table.

There are acts that perform there every night. That day, it was a girl singing her covers of different songs. I actually thought it was just a recording because we were upstairs and we didn’t see who was singing. 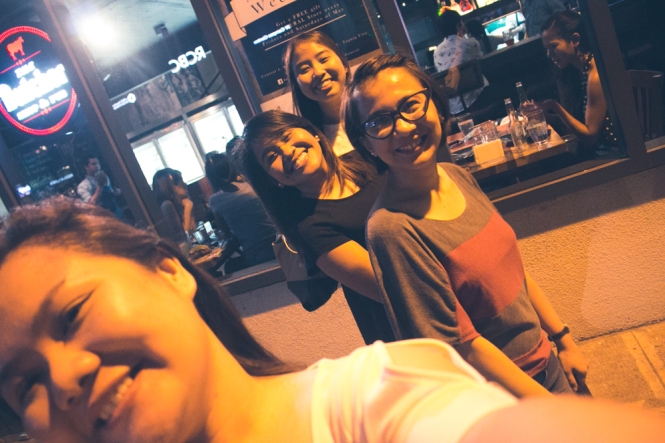 Trying to fit in one frame by taking a selfie using a DSLR. HAHAHA BIGAT! 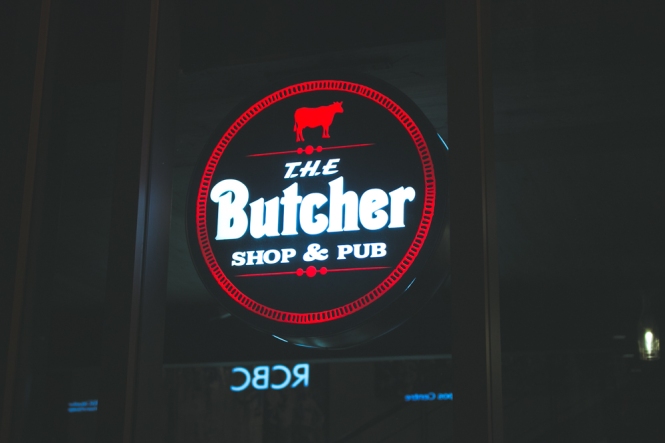 We had an impromptu photo shoot outside. They were on the side street that’s why they look taller when in reality I am much taller. :P

What change of angle does.

We then headed to Central Square, where we parted ways with Camille, for dessert. They had me try Mad Mark’s Creamery & Good Eats. Too bad Half Baked Madagascar was unavailable which according to them are the best. I just had something chocolate-y. I don’t even know what it was. Hahahaha!

We were there until past 11PM just talking some more. I had a little “intervention” and I knew it was going to happen when Jeng suddenly called on a dinner. The problem really is that I get shy sharing to friends, even to my own sister, about my problems. I like hanging out with them without divulging what’s on my mind. I always get asked about my dilemmas but I still keep pushing people away and building more of the walls that had been there for a long time.

That’s why I was happy this happened because I felt special because they were concern.

After Mad Mark’s we went to Jeng’s condo to get her stuff because she was going home for the weekend to Bulacan while She went back to Makati because she still had work the next day. It would have been fun if we all went back home together.

Jeng and I stopped over at Centris to meet with her brothers so we can go with them. Did I mention she brought a big gym bag from Makati, which was so heavy, to Quezon City? Good thing her brothers were there to help her carry it. And did I also mention that Jeng treated us to all those food that night? (Ah shizz, kailangan ko na talaga grumaduate para malibre ko na rin sila!!)

Thanks, Jeng! naman sa condo mo next time with the whole gang please! Dala kami foods. (LOL WHAT A LAME AND AN OLD JOKE!!)

4 thoughts on “Meat-ing Up With Friends”

So who in the world am I?

Hello there! I'm Jamie. A 22-year-old student from Manila. I basically write to practice myself for the real world. But really, I jot down for realism. I write off for dreams. Basically been living as an irony of sorts since the 1993.